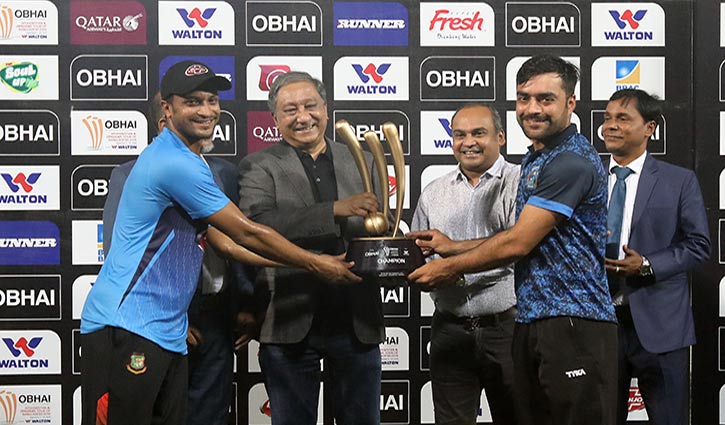 Bangladesh and Afghanistan shared the trophy of tri-Nation T201 series as the summit clash was officially called off due to persistent rain.

Both the teams were declared joint champions as there was no reserve day.

Bangladesh and Afghanistan marched to the final surpassing Zimbabwe, who got out of the race with just one win in the league-phase against Afghanistan.