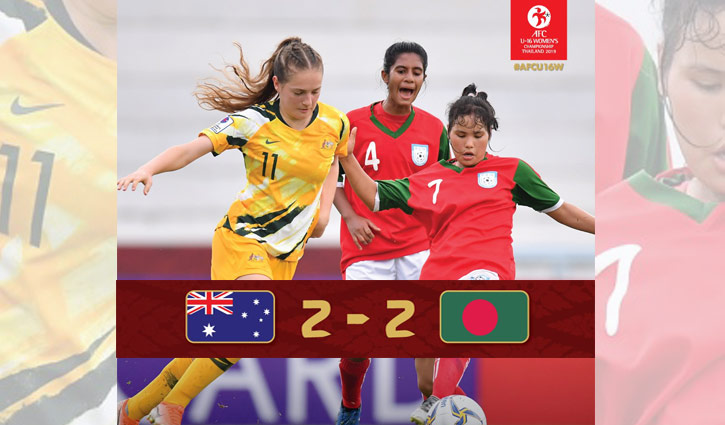 Tohura Khatun scored twice as Bangladesh held Australia to a 2-2 draw in their last match of AFC U-16 Championship at the Chonburi Stadium in Thailand on Friday.

The fleet-footed striker twice gave Bangladesh the lead, but the Young Matildas fought back to snatch a point.

However, it was the first point in the championship's history for Bangladesh, who lost all three matches in their first appearance in 2017 and went down to 1-0 and 9-0 defeats against Thailand and Japan in their first two matches of the current campaign.

This was reminiscent of Bangladesh's performance against Australia two years ago when they took a 2-1 lead with 10 players, only to be beaten 3-2 eventually.