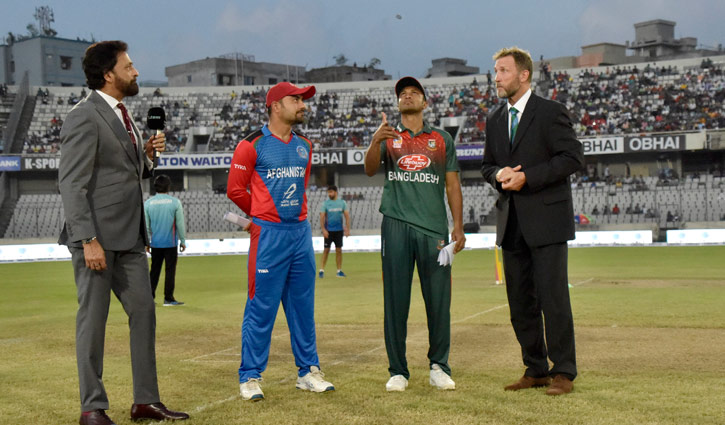 Bangladesh won the toss and opted bowl first against Afghanistan in the final league game (6th match) of the ongoing tri-series T20 at Zahur Ahmed Chowdhury Stadium in Chattogram on Saturday.

Bangladesh and Afghanistan have already booked places in the final of the event. So, it is a dress rehearsal match for the two teams before the final.

Zimbabwe were knocked out as the side endured three defeats in a row. However, they beat Afghanistan by 7 wickets in the fourth match.