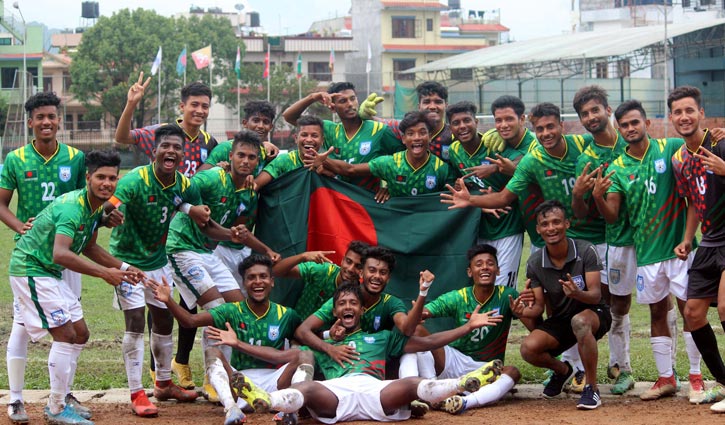 Bangladesh have reached final of SAFF Under-18 Championship with a 4-0 win against Bhutan at the APF Stadium in Kathmandu on Friday.

Earlier, the Bangladesh under-18 team reached semifinals of the event with a 0-0 draw against India at the same venue on September 23.

Tanbir Hossain opened the scoring with a header in the 16th minute and striker Faisal Ahmed Fahim netted another goal from a counter-attack in the 27th minute.  Before half-time, Miraj Hossain led the team with 3-0 in the 31st minute. Finally, Dipok Roy helped Bangladesh to score fourth.

Bangladesh will take on the winners of the second semifinal, set to be played between India and Maldives on September 29.