‘Govt to do everything needed for agriculture and farmers’ 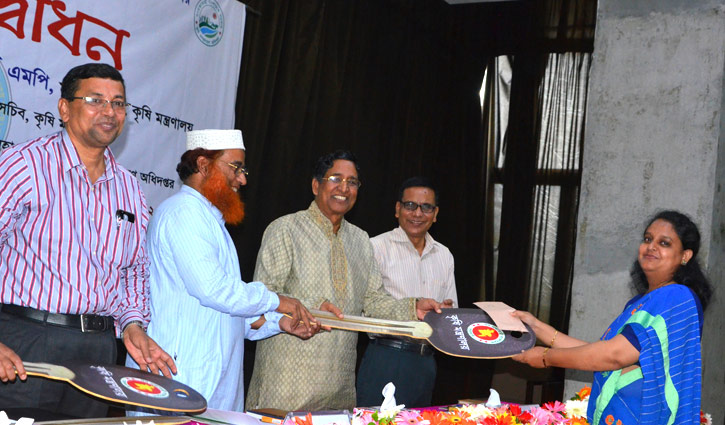 Senior Correspondent: Agriculture Minister Dr Md Abdur Razzaque said, “Mechanization of agriculture sector is a must as the number of agricultural labourers is decreasing day by day with the influence of industrialization in the country. The government provides 50 to 70 percent subsidy for mechanizing the sector.”

The minister made the comment while addressing a function at the Krishibid Institution Bangladesh here, marking car distribution among the upazila agriculture officers under the third phase of a training project titled ‘Technology Handover up at Upazila Level’.

Additional Secretary of the Agriculture Ministry Sanat Kumar Saha addressed the function as the special guest with Director General of Department of Agricultural Extension Mir Nurul Alam in the chair.

The government will do everything needed for the agriculture and farmers, Razzaque said, adding that the government is sincere in this regard.

“Under the leadership of Prime Minister Sheikh Hasina, we are now a food surplus country. We are now paying attention to ensure nutrition for the people of the country,” he added. Razzaque said the crisis centering price of paddy will be solved soon.

Later, the minister handed over keys of vehicles to agriculture officers of 88 upazilas at the function.

No decision yet over cancelling JSC exam: Edu’ Ministry

ACC gets permission to quiz Shahed at jail gate