Karachi gears up for first one-day international in 10 years 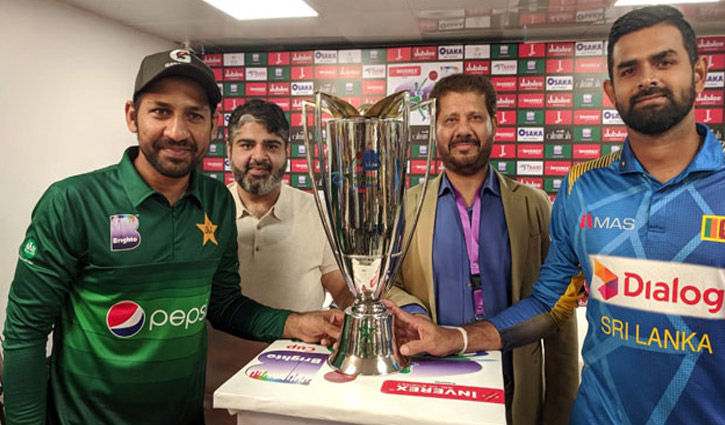 Karachi hosts a one-day international for the first time in 10 years when Pakistan take on a depleted Sri Lanka today (Friday), furthering the country's revival in international cricket.

"History will be made on Friday when Karachi will host the first ODI," said Pakistan captain Sarfaraz Ahmed.

"We must thank the Sri Lankan team for touring us."

Teams have been reluctant to visit the cricket-mad country since a militant attack on the Sri Lankan team bus in Lahore in 2009.

Although no players were killed in the attack, several were injured and eight people died.

The attack forced Pakistan to play all their "home" Tests and most of their short-form games in the United Arab Emirates with Zimbabwe becoming the first team to return to Pakistan in 2015.

The current tour - comprising of three one-day internationals and as many Twenty20s - was tainted by the withdrawal of 10 Sri Lankan players who cited security fears.

Sri Lanka then stalled the tour after receiving information of a possible militant attack on the team, before the all clear was finally given last week.

Pakistan have put in place stringent security measures normally reserved for heads of state.
All the arrangements are being led by the country's military, with around 2,000 security personnel on alert at the team's hotel and at the ground.

Sri Lankan skipper Lahiru Thirimanne - captaining the side after regular skipper Dimuth Karunaratne pulled out - is confident cricket will be in focus.

The remaining ODIs will also be in Karachi on Sunday and Wednesday.

The two teams will also play three Twenty20 internationals - all in Lahore - on October 5, 7 and 9.