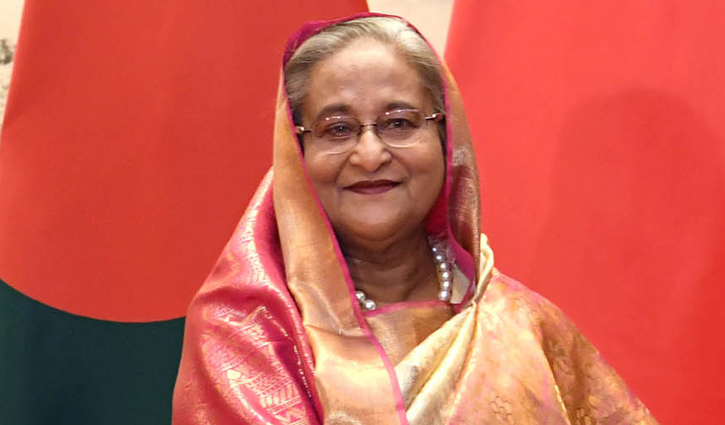 The 73rd birthday of Prime Minister and President of Bangladesh Awami League Sheikh Hasina will be celebrated tomorrow (Saturday).

Sheikh Hasina, the eldest of the five children of Father of the Nation Bangabandhu Sheikh Mujibur Rahman and Begum Fazilatunnesa, was born on September 28 in 1947 at Tungipara in Gopalganj.

Sheikh Hasina spent much of her childhood in the small hamlet where she was born. She started her schooling there. When Bangabandhu was elected a legislator in 1954, the family relocated to Dhaka.

After the assassination of her parents in 1975, Sheikh Hasina and her family were offered political asylum in India, where she stayed till 1981 when she was elected president of the Awami League in absentia.

She came back to the country on May 17, 1981 when she was greeted by a mammoth crowd that extended from the Airport to Farm Gate and Manik Miah Avenue where she addressed a public meeting.

In the 1986 parliamentary election, she was elected to parliament from three different constituencies. After the overthrow of autocracy in 1990 she was elected Leader of the Opposition in the general elections that followed.

In 1996, 21 years after her father was assassinated, she led the Awami League to power and became the prime minister. In 2008, she led the Grand Alliance to a thumping victory with 90 percent of parliament seats.

On August 21, 2004, Sheikh Hasina, who was the then Leader of the Opposition for the second time, barely escaped an attempt on her life as grenades were lobbed at her public meeting on Bangabandhu Avenue in the capital. Although she survived the attack, at least 24 of those attending the meeting died and over 200 were injured, many of them Awami League leaders.
Sheikh Hasina was elected prime minister in the general elections of January 5, 2014 and December 30, 2018.