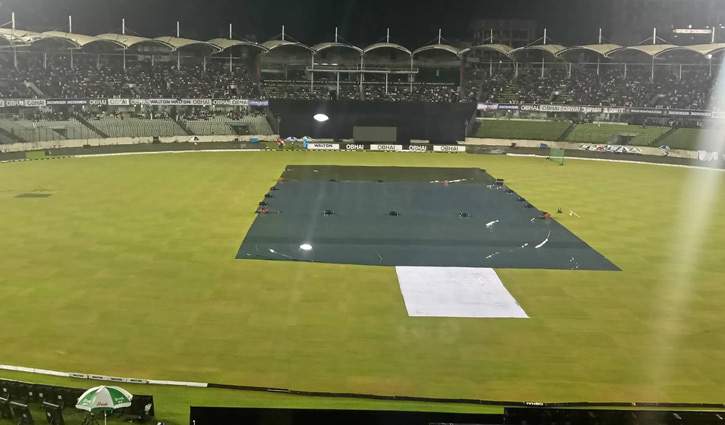 The toss of the final of the ongoing Tri-Nation T201 series between hosts Bangladesh and touring Afghanistan has been delayed due to rain.

The toss was scheduled to be held at 6:00pm on Tuesday, but persistent rain that started around 4:45pm hampered the toss formalities.

If the final could not be held on scheduled today (Tuesday), then both the teams will be declared joint champions as per the playing conditions.

Bangladesh and Afghanistan marched to the final surpassing Zimbabwe, who got out of the race with just one win in the league-phase against Afghanistan.