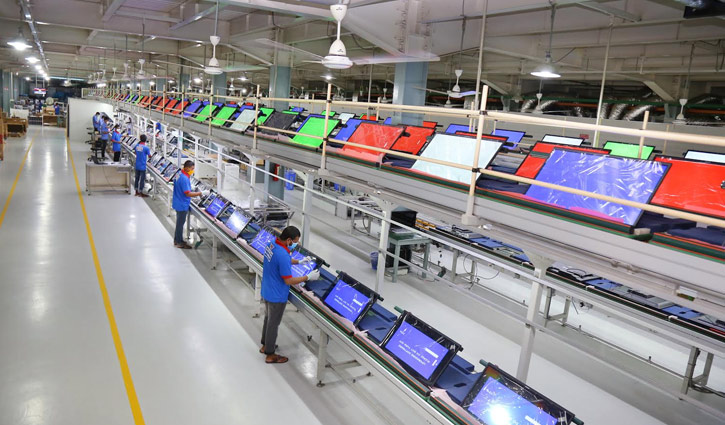 The local brand has planned to export 1 lakh unit TVs to Europe by 2021. This large volume of exports will play vital role in country's economic progress amid the coronavirus pandemic.

Walton officials informed that they started TV exports to Germany last year. Walton have been manufacturing various products including TVs with German technologies and machineries at its own factory following the European standards. Thus, the trust of European consumers towards Walton made world-class products have been increasing day by day.

European electronics giant ‘Intersales A/S’ have been importing various models of Smart LED TVs from Walton to retail in Germany and other European countries.

Meanwhile, German ambassador in Dhaka Peter Fahrenholtz congratulated Walton through an email and expressed his keen interest to visit Walton factory in near future.

Tauseef Al Mahmud, Europe Business Head of Walton, said that this year Walton developed several new models for international markets, including Germany. From next week, he noted that these new models will be exported to Germany and other European countries. For exporting TVs to the Western markets, he informed that Walton has partnered with Google to develop smart TVs to stay in the forefront of innovation. Moreover, new models of refrigerators, aircon and kitchen appliances complying European standards are coming by the end of the year. 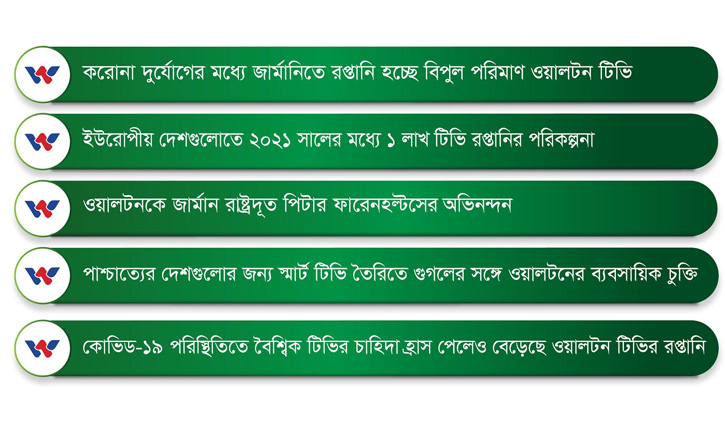 Mostafa Nahid Hossain, Chief Executive Officer of Walton Television, said that they are manufacturing energy saving televisions in line with international standards. From Switzerland based testing lab SGS, he said, Walton television has received several standards’ certificates like CE, ROHS and EMC. These certificates are mandatory for exporting TVs to European countries, he added.

Edward Kim, President of Walton’s International Business Unit, said: "Due to COVID situation, overall global TV demand has been seriously dropped and expected around 200M sets now. Nowadays we are getting strong demand from Europe because customers are starting to trust Bangladesh as a reliable and alternative manufacturing hub."

"We believe European consumers will be delighted with made in Bangladesh products," Kim added. 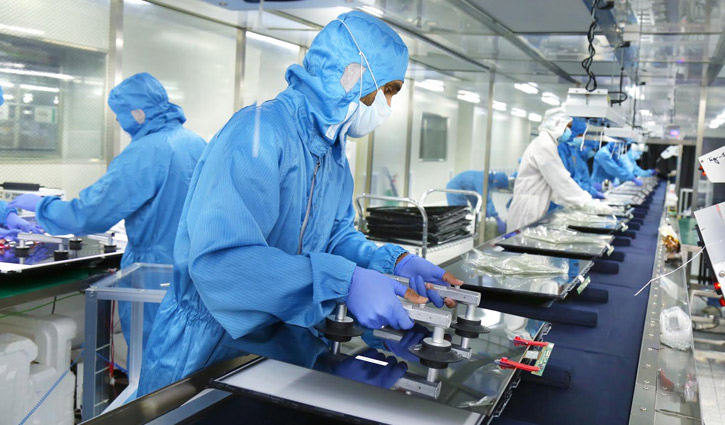 Experts say, Walton is leading Bangladesh in electronics manufacturing and by exporting earning valuable foreign currency for its economy. Walton hopes that the future trade relation will be stronger and export of electronics will be increasing. 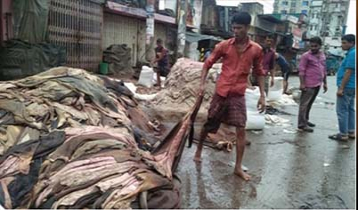 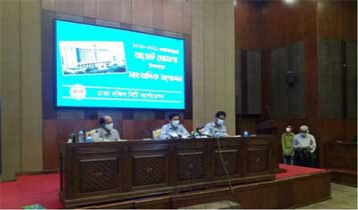 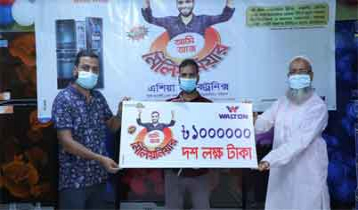 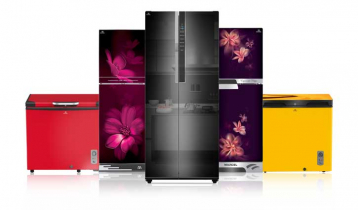 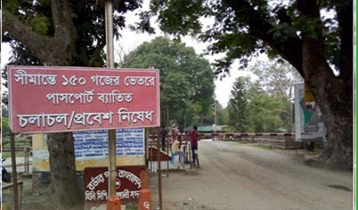 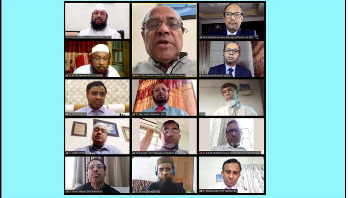 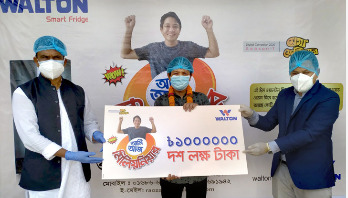 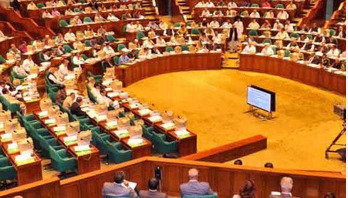 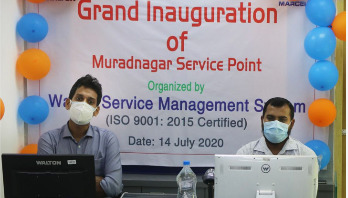 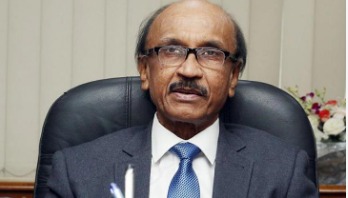